Over the past year or two, I’ve seen a lot of articles and videos by people new to regenerative agriculture defining or attempting to define what regenerative agriculture is and isn’t. Some of these articles and videos are better than others. Many people new to regenerative Ag seem to be under the misimpression that regenerative Ag is just another way to manage livestock or is simply a nostalgic return to traditional farming. Others claim it’s just an adoption of the practices of indigenous people. While some of these assertions, in part, are correct, regen Ag is so much more than this. Yes, there’s a fundamental change in mindset that accords more closely with the deep ecological ontology manifest in many indigenous belief systems, but there’s also a much deeper and growing understanding of the interconnected and interdependent cycles in ecological, agro-ecological and atmospheric systems. Thus the ontological metaphysics accord more closely with the microbiology, biology, biochemistry, biophysics, ecology, and atmospheric chemistry. And therefore, mankind is a part of nature rather than trying to be apart from nature. That is mankind is in a symbiotic harmony with nature, through greater understanding of natural systems, rather than in a never ending war to overcome and dominate nature using more and more applied technology (especially biotechnology and agro-chemistry).

Okay, maybe that’s a bit too philosophical or epistemological, so take a half hour to listen to agro-ecologist Nicole Masters provide another definition of what regenerative agriculture is in the video just below before reading any further.

One book I highly recommend to get a good sense of what regenerative agriculture is all about is Charles Massy’s Call of the Reed Warbler (click hyperlink here and in other hyperlinks below for more referenced information). In this book, Charlie travels to farms and ranches across Australia using different management adaptive strategies including but not limited to pasture cropping with Colin Seis, biodynamics, permaculture, holistic planned grazing, silvopasture, biological farming with the Haggerty’s, carbon farming, agroforestry and the Yeoman’s plow. The thing is that regenerative agriculture isn’t any one set of management practices. No, it’s more an umbrella of different adaptable strategies based on principles that make soil health and biodiversity paramount. The adaptive strategy selected for any given location is what makes most sense to that particular ecosystem and the goals of a farmer and or rancher. Unfortunately many seem to think that regenerative Ag is only holistic planned grazing [HPG] and or integrated livestock crop management like what Gabe Brown does. Yes, those are two wide spread adaptive strategies based on soil health principles, but again only when these specific strategies makes sense for the specific context and ecosystem. That context for HPG include grasslands, which are the largest area of the earth’s non-arctic land mass at around forty percent of such land mass.

Now another thing I often hear repeated is that there’s “no research” to support holistic planned grazing [HPG]. Usually this is said in conjunction with something derisive about Allan Savory. Maybe due in part to his disdain for reductive science, Savory has reinforced this misperception. Savory has done this in relatively recent interviews with people like George Monbiot and with the Sierra Club. When asked during these interviews, Savory, for some inexplicable reason, failed to mention the growing number of scientists doing research and publishing peer reviewed papers that support holistic planned grazing [HPG]. One of those scientists is Dr. Richard Teague. Due to Savory being somewhat controversial, Teague had to use another term for HPG to get his science papers through peer review and published. So in the scientific literature HPG is often instead referred to as adaptive multi-paddock management [AMP] or simply adaptive management. In addition to Teague‘s research there’s actually a pretty large and growing body of peer reviewed papers by the likes of Rowntree, Stanley, Wang, Gosnell, and others. A lot of this research is relatively new, but the problem with people (not very familiar with range science) who do meta-analysis is that their keyword searches for holistic management or holistic planned grazing don’t provide links to any of these researchers. So this research is often excluded in part or in whole from such meta-analysis.

Typically what’s cited by people who want to “debunk” HPG (aka AMP) are a few papers by Holechek and Briske. FCRN’s 2017 white paper “Grazed and Confused” cited Nordborg 2016 review which, in turn, cited Holechek and Briske. Holechek and Briske were and still are advocates for continuous grazing management. Their critiques of Savory were actually critiques of short duration grazing [SDG] rotational systems. SDG or rotational grazing is prescriptive. It’s not adaptive, so SDG is NOT the same thing as HPG or AMP. What’s funny when you read critiques of HPG, it’s pretty clear that people like Tara Garnett at Oxford (FCRN) really have little to no clue what HPG actually is or how it works.

Now more broadly, regenerative Ag is supported by newer paradigms of soil science. Unfortunately many agronomists and soil scientists are stuck in old paradigms particularly when it comes to how soil organic matter is formed. This recent article in Soil Biology and Biochemistry, Microbial necromass on the rise: The growing focus on its role in soil organic matter development, discusses this particular shift in paradigms. With new metagenomic and metatranscriptomic technology, there’s been a real revolution in soil science within the past 5 to 10 years from one revolving around chemistry to one more aware of what all the soil microbiology does. I wrote about this a few years ago in this blog post, It’s the soil biology, stupid. Consequently meta-analysis (e.g. FCRN’s Grazed and Confused) with a lot of soil science in the past twenty years, particularly in regards to soil carbon sequestration, is a futile exercise. We’re only just learning how to better optimize soil carbon sequestration that doesn’t respire as much, for example, through more equal fungi to bacteria ratios. Furthermore in regards to soil carbon, in a lot of the older soil science papers, it was only measured and assessed in degraded soils (biologically dead or bacterial dominated soils) to shallow depths of less than thirty centimetres that were primarily labile (as opposed to deep) forms of carbon. 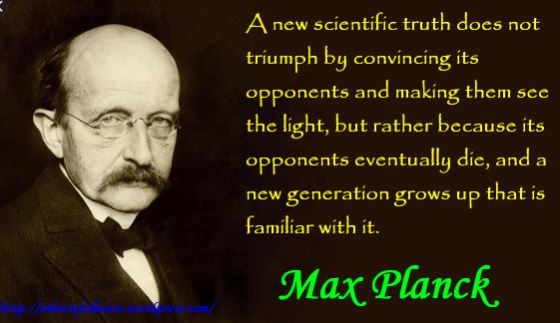 Some of the problem is what’s typical in a lot of science, newer paradigms aren’t accepted until a lot of the old scientists connected to older paradigms die off. These older scientists are often tied to old paradigms for their reputations or business interests. So often when you hear other discussions about topics like- for example- soil carbon saturation, you quickly realize what era of soil scientists you’re dealing with. The World Research Institute, for example, recently issued a report on the limits of regenerative Ag’s ability to sequester carbon, and the entire report didn’t understand any of the newer science as to how soil organic matter is formed via the microbial carbon pump feeding microbiology, which poops and die, and thus becomes necromass. As Liang et al 2019 explained such necromass is the basis of over 50% of soil organic matter that is fifty to sixty percent soil carbon. I explained some of how the microbial carbon pump works in another blog post I wrote about a year ago: Soil carbon saturation, myth of reality?

So in other words, there’s a lot of soil and range science that supports regenerative Ag. It’s just more current and cutting edge. Plus the real problem, from an entrenched business perspective, is that a lot of this science challenges the current industrial paradigm of farming. So agro-chemical, NPK fertilizer and biotechnology companies aren’t quick to embrace these newer scientific understandings. Why? Their profits are predicated on the older paradigms that convince farmers that they need to use a lot of expensive inputs paired with patented expensive seeds to “feed the world” plus control weeds, insects and other pests. So regenerative Ag makes much of what these companies currently synthesize, engineer and sell somewhat superfluous. Thus a lot of the claims as to “ineffectiveness” or inability of regen Ag “to feed the world” are these soon to be antiquated corporations trying hard to maintain the status quo and their business models. These business models are designed to ensure that these corporations make most of the profits instead of small and family farmers and ranchers. As an aside, for shits and giggles, take a look at the corporations that comprise FReSH, that in part funds EAT Forum and some of the research at Oxford by FCRN and others.

To conclude this brief intro to regenerative Ag, that hopefully cleared up some misconceptions, below is a brief list of some other suggested books to read. as well as a couple youtube videos including a Tedtalk by Dr. Charles Massy mentioned above. Hopefully, after you’ve had the opportunity to review, at least, some of this material. you (the reader of my blog) will be even further informed about the incredible potential of regenerative Ag to address climate change, regenerate soil ecosystems, feed communities, provide clean water, and produce healthy food.

Other books about farming and soil that should go on one’s reading list are the following:

This is a text widget. The Text Widget allows you to add text or HTML to your sidebar. You can use a text widget to display text, links, images, HTML, or a combination of these. Edit them in the Widget section of the Customizer.